This is the tenth installment of a series about the Mountain Dude, a wandering guy with an ESP-like “gift”.  The Mountain Dude, some readers may recall, made a few enigmatic appearances in JJ in the 21st Century. 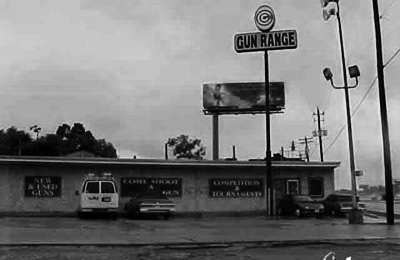 Earlier, I mentioned Johnny Smith and The Dead Zone. I too have encountered evil with my “gift” of perceiving the character and notions of others. You know evil when you feel it. There is the normal stew of human ways of being- sad, optimistic, arrogant, angry, happy, gloomy. Usually, underlying all, is the sludge of fear. In my experience, the most happy-seeming people are also the most terrified. After all, have you looked and listened these days? Have you read the signs? If you’re happy all the time then you’re either willfully ignorant or stupid or dead.

But real evil lacks fear. Or maybe it’s pure fear, untainted by the desire for something warm and noble, only concerned with its own preservation. Real evil sees the world simply, as prey and predator. It has no choice in the matter. Real evil is ice cold, like reptilian eyes regarding you with primordial intelligence. Am I giving you the idea that these Rocky Mountains are a paradise full of well-meaning hippified outdoorsy types and beleaguered park rangers? There is evil out here too, just like everywhere else.

Salida, Colorado may the most Colorado place on the planet. The Arkansas River runs right through the center of town, the headwaters in the nearby mountains. White water rafting, mountain biking, mountain climbing, hang gliding, moose wrestling. If you can think of an outdoor rush then, “Right on!”, it’s here or nearby. There’s a US highway that skirts the quaint center of town with it’s upscale eateries and galleries. On the outskirts are the motor inns, pawn shops, liquor stores, gun stores and churches. You know- The Great American Cultural District. I walked on the shoulder of the road through this fringe wasteland. Cars whizzed by or turned into parking lots in front or behind. All except for a black Lexus with tinted windows that slowed and followed me, matching my pace, half on the shoulder. At first I thought he was turning or rolling to a stop from car trouble. But then I could feel the driver and knew he was fucking with me.

I could feel that he was grinning.

This was not some dumb-ass teenager throwing a beer can out the window and yelling something crude. There was a cold-ass motherfucker behind that windshield and I wanted to get off that road quick as I could and be around some other people.

I was in front of a church. A tough choice loomed. The church? Or tangle with the evil motherfucker following me with ill intent?

I turned up the walkway to the church door leaving the highway behind. The car stopped and I could feel him watching me. Then it accelerated away on the roadside gravel, crunching a memo that time would be bided, that I couldn’t hide forever, that there was nothing for him to do but watch and wait.

I lingered in the church doorway until the chill passed then started back down to the road. I wanted to get resupplied and back to the wilderness ASAP. I felt out-in-the-open and exposed like the slow gazelle in a nature show about lions.

A voice from the church doorway behind. “Changed you mind?”

“You don’t want to see his face. That means you’re too close.”

“You survived it. Evidently.”

A wry smile. “My faith in Jesus. My faith always shows up.”

“Hmmm. Sometimes I wish it were that simple for me.”

“There’s nothing simple about it,” he said. “It’s a relationship that needs cultivating. Like any relationship.”

I was feeling nothing specific off this earnest and frank churchman, just a general feeling of security. No, that’s not quite it. Serenity maybe?

“What about that evil motherfucker?”

“Avoid him,” the churchman said as he turned to go back in. “Don’t get caught out alone in the open. He feeds on the isolated.”

That’s when I knew I was headed back north to see my Mountain Girl.

3 thoughts on “Brush with Evil I”