This is the fourth installment of a new series about the Mountain Dude.  The Mountain Dude, some readers may recall, made a few enigmatic appearances in JJ in the 21st Century. 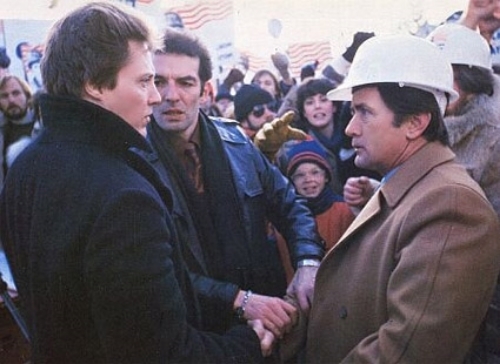 I get this question more often than I like. If I had scars from facial burning or I was missing a limb, most people would be too embarrassed to ask. Most people would pretend not to see and treat me like I wasn’t damaged at all. They might even whisper about my courage to even carry on in such a condition.

But, I’m a disheveled wanderer who can’t keep my mouth shut. People are bolder when they can’t see the damage or they perceive you as shiftless, possibly dangerous. I’m not rudderless, though. If I had a bumper sticker, it would read, “not all who wander are lost.” Just like Gandalf.

Unlike Gandalf, I have no wizardry other than this emotional ESP that, coupled with my big mouth, doesn’t help at all. I’m not like Johnny Smith in the Dead Zone who can see someone’s future by touching that person or that person’s stuff. I remember in the book Johnny Smith shook hands with some politician and saw clearly that this politician would become president one day and lead the world into nuclear holocaust. The Cold War was in it’s long wind-down and nuclear war was still on everyone’s mind. Anyway, Johnny Smith sets out to murder this politician, therefore saving the world from nuclear holocaust by ending him before he becomes the president who destroys the planet. This was a story from the imagination of Stephen King, of course.

Can you even imagine such a crazy far-fetched fantasy in this day and age?

I can’t keep my mouth shut. And it’s better to walk the earth having fleeting encounters with people. Better for them and for me. When I piss them off irrevocably, I move on.

In high school, I couldn’t just move on. My skills were there but I hadn’t really separated them out from the adolescent surge of hormones, from my own desires and despair. I could perceive things and say things people wanted or needed to hear. I could say just the right thing to teachers. To parents. To girls.

Girls. With them I really had to start honing the response to my perceptions. For instance, I learned pretty quickly to say, “It’s all going to be ok” at just the right moment rather than, “I know you’re heart is breaking but it’s not appropriate to be in love with your cousin.”

Bland generalities, boldly delivered at just the right moment. “It’s ok to cry.” “Life is really hard.” “He doesn’t deserve you.” These generic insights were key to getting to first base and sometimes beyond. “Wow, you really understand me,” some girls would say. The better to get into your shirt, under your skirt, into your bed.

Yup. But can you see that I was learning how to be a fraud? And that being a fraud can get you things? I hadn’t yet learned that the things you get by being a fraud are hollow and make you sad in the end.

One of the things that happened to me in my early twenties: I was riding an Amtrak train across the country. It was the middle of the night and I sat in the upstairs lounge car which is like a big glass bubble with seats facing outward so you can watch the USA speed by. I sat chewing these mushrooms and as the dawn rose and this ecstatic psychedelic depth opened up inside of me I watched the Nebraska prairie emerge from the gloaming. As I sat suspended in the train bubble it was impossible to tell if I was rocketing through the prairie or if I was motionless and the prairie was flying past me as I was dangling above in some weird glass pod. Space and time ceased to exist for an hour or two and I just sat there in a detached suspended bliss until some people came in to eat Hostess cakes and the awful ceaseless sound of crinkling wrappers brought me back to a rather limited reality.

That happened to me, too.