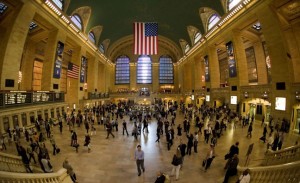 A humid summer day. JJ knelt beside his bed and tried to pray. He heard a noise and jumped up, embarrassed, and looked to find the cat peering at him from the door. Good ol’ Knuckles knew something was amiss. JJ threw a balled-up sock and the cat scurried away, but not without a look back at the praying lunatic. After a moment, JJ kneeled back down.

“Dear God,” he began. And there was nothing beyond that.

“Just pretend,” Professor Tom had said. “Say thanks for the day, thanks for a sober day, and wrap it up. Keep it simple.”

That was Tom’s favorite slogan from the pantheon of AA slogans. Keep it simple. Ok, then.

JJ said, “Thanks God. Thanks for helping me today.” Then he jumped to his feet like he was caught doing something cruel on his knees, maybe frying ants with a magnifying glass. Once, at nine or ten years old, he had tormented a frog he found, eventually dropping a rock on it and crushing it. This was observed by his father, who was on him in a flash. His father only hit him twice in his life. That was once, a smack right up side the head that left him sprawled in the grass with his right ear ringing. The other time was when he climbed to the top of a tree and refused to come down for the babysitter. He stayed up there until it got dark and the babysitter had no choice but to rat him out. Later, he sat in his room and listened to his mother outside the door. “You go in there and strap him. Take this belt.”

“Strap him! The whole neighborhood saw him up there. They heard him up there.” His father came in and delivered a lukewarm strapping as JJ jumped on the bed, crying and dodging. He remembered the confusion of being relieved that it wasn’t severe but ashamed of his father’s weak brutality. After all, he had probably deserved many a good strapping.

Later, restless and tired, JJ lay back on the couch, tried to read, but dozed off. He dreamed of that summer day, crouching over the rock that covered the dead frog. He knew he was going to lift it but was afraid of what he’d see. When he did lift the rock, there was nothing there, just matted grass. He heard a sound and turned, cringing, thinking his father was going to hit him, but it was just Knuckles the cat, looking at him from under the porch. JJ crawled under the porch and that dream thing happened. He emerged into Grand Central Station, in the big room with the booth in the middle and the vast ceiling with the stars. There were so many people streaming in from train tunnels and mingling in a teeming mass, but he was above the fray, on one of the balconies. Then he saw Lila in the crowd, near the booth, distinct among the strangers. And then he saw his mother, dead now, near the ticket windows and he thought maybe this was some purgatory or parody of heaven.

He woke up, sweaty and befuddled, and found his phone. “Are you all right?”

“Good. Now wake up and come take me to dinner.”

“Ok. That sounds good.” And it was. It was better than ok. It was just right.

5 thoughts on “JJ Prays and Dreams”