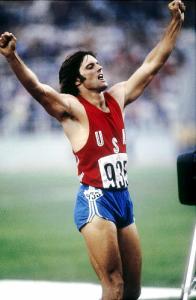 “Katelyn Jenner? Bruce Jenner?”
“I heard something about this,” JJ said. “Is that his daughter?”

Lila just looked at him. “Incredible,” she said. “Where have you been hiding?”

“That’s a complicated question.” He went over to the couch and sat next to her. A TV show, loud and brash with celebs and quick clips, jumping between a photo shoot, a magazine cover, and a seventies athlete with that non-athletic body and hair. Pre-1990 athletes looked so puny. And, those shorts! Even Michael Jordan. And, then he remembered. The decathlete became a woman. “Wait, that’s her? Him?”

More of the same, JJ thought. You could be whatever you said you were these days. Unless you were white publicly posing as black. That wouldn’t go over too well.

“Could we turn that off? I want to ask you something.”

Something in his voice. Lila got very still and stared straight ahead. JJ reached across her for the remote and turned the TV off. “Not THAT something. Relax,” he said.

She let out a sigh. Relief? Regret? A catastrophe avoided? “You just kind of sounded weird,” she said.

JJ felt himself slide toward being offended. He could picture them married. Why couldn’t she? It was conceivable. But, stay the course. Don’t let that JJ sensitivity, the delicate ego of a fourteen year old, don’t let that throw you off. “I want to take a trip with you,” he said.

“That would be great. Let’s go to the Cape for the weekend.”

“No, not that kind of trip. I want to hit the road for a while. Do the nomad thing.”

“The nomad thing? For how long?”

Lila was quiet, looking at JJ. This was not good impulse control, she thought. He used to have these big ideas all the time. Old behaviors: not good. But, it was also a relief to hear him propose something weird and grandiose. He was getting so docile and comfy with all that lottery money and that house. Everything was fine with them. It was just so goddamn fine these days. She asked, “What does your sponsor say?”

“He thought it might be good. A journey of self-discovery kind of thing.”

She knew it was a bad idea, that it was bad for him. And something in his demeanor, she knew he was lying. She knew that Professor Tom character didn’t approve. She just knew. But…

“And what about my job? And my rent?”

“You hate that job and I’ll pay your rent.”

They sat in the still and quiet void created when the TV show was turned off. A wall clock ticked from the kitchen. A car drove by. Then, a truck or bus. JJ dared not look at Lila. His heart pounded. He wanted this and he was afraid to speak. And, he was afraid of the answer.

And, for some reason, his heart just sank.

One thought on “Careful What You Wish For”